Mexico
Country: Mexico, United Mexican States
Capital: Mexico City
Currency: Mexican peso
Numeric code: 484
Alphabetic code: MXN
Southern North America is the United Mexican States. They coexist with only three countries: the United States adjacent to the Northern border of Mexico, Guatemala and Belize to the South. On the other sides of Mexico surrounds the expanse of water: Pacific ocean and Gulf of Mexico. The state refers to the relatively stable countries of the region. Right here are the industry (especially oil) and agriculture.
Cash settlement of Mexicans are using the Mexican peso generated a hundred centavos. In the catalogue of the coins of Mexico is dominated by these values: 1, 2, 5, 10, 20, 50, 100 pesos, small change coin, only one – 50 centavos.
By 1993, inflation has significantly affected the value of Mexican coins, therefore, was made a denomination of old money and new pesos. They gave the name of "Nuevo peso". The measures taken have significantly raised the purchasing power and price of the coins of Mexico: one new peso was exchanged for a thousand old.
The new coin began circulation in the following denominations: and 1, 2, 5, 10, 20, 50 pesos and 5, 10, 20, 50 centavos. Later, in 2003, he began to mint additional coins 100 peso.
Today it is possible to buy the Mexican coins and the current years and more old, because the peso is the currency of a middle-aged – she was already almost two centuries. 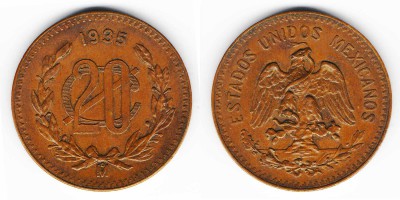 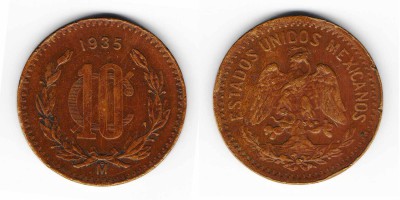 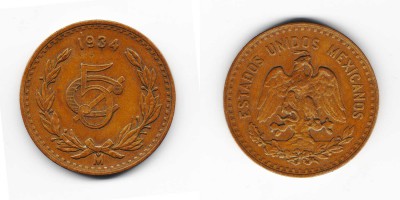 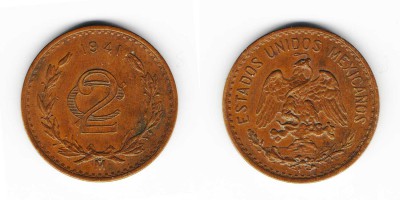 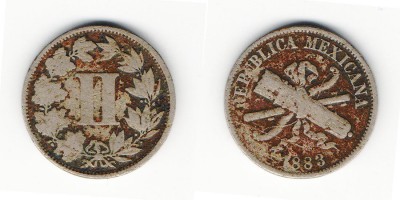 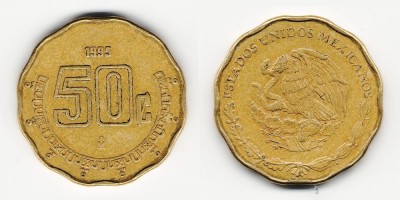 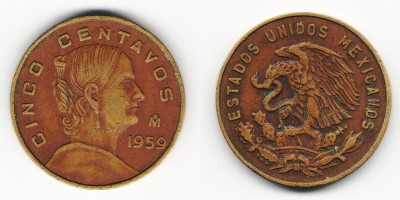 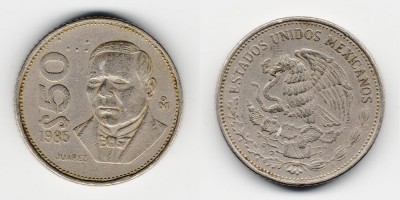 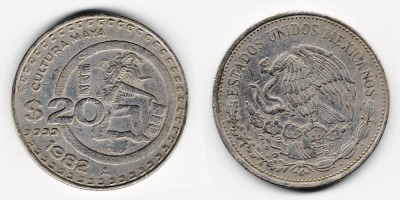 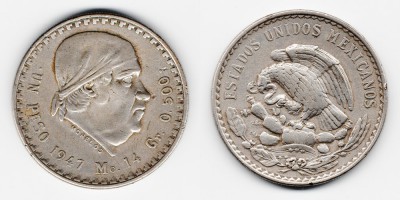 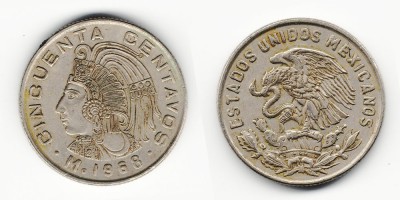 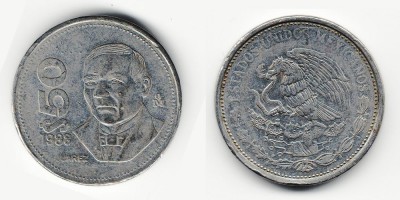