Country: India, Republic Of India
Capital: New Delhi
Currency: rupee
Numeric code: 356
Alphabetic code: INR
The Republic of India belong to the vast territory of the Indian subcontinent. South India is bordered by three seas Indian ocean, the North rests in the foothills of the Himalayas. More than three million kilometers of land belonging to the Republic, allow it to be considered as the world's seventh-largest state. And more than a billion Indians inhabiting it, allow us to claim second place on the population density.
Official in the country are more than 20 languages. All peoples of India the common currency is the rupee, equal to hundred paise. In the catalogue of the coins of India, you can find 1, 2 and 5 rupees, plus 5, 10, 25 and 50 paise.
The first batch of new rupees sovereign of India, was released in 1950. The second came in 1957 – then India adopted the decimal system of calculations, and the values had to be changed. One rupee and 1, 2, 5, 10, 25 and 50 paise at the same time joined in the year of the coin catalogue of the country. In 1964, the rupee ceased to be "new" and this word when the minting of coins was removed. From 1964 to 1967 coins of 1, 2, 3, 5 and 10 paise made of aluminum. From 1972 to 1975, 1 rupee, 50 and 25 paise steel copper-Nickel. 1982 added to the previous values of 2 rupees. Five rupees came in 1992. By the beginning of the new Millennium, the value of the coins of India is decreased so that the value of the metals from which they are made, became more than their face value. Until 2008, India was practiced melting old coins. Soon to buy coins India having the values in paise, will be difficult, as there are almost none in circulation.
The price of the coins of modern India are quite different, but still not too big. 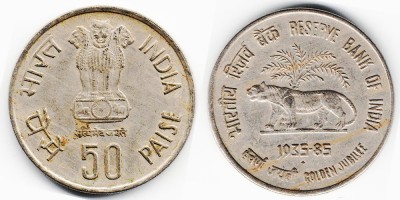 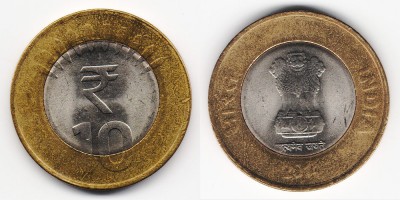 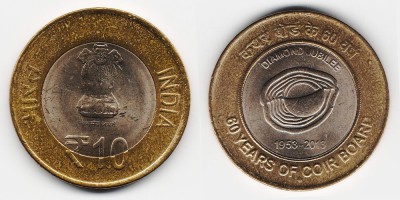 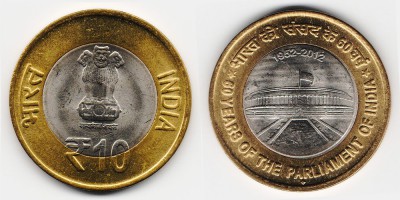 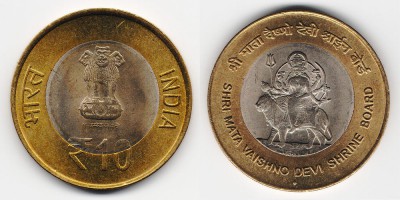 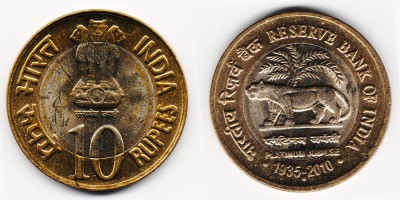 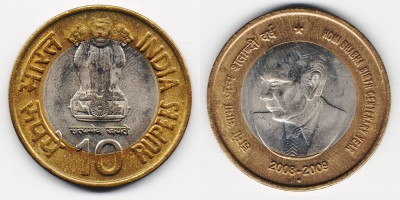 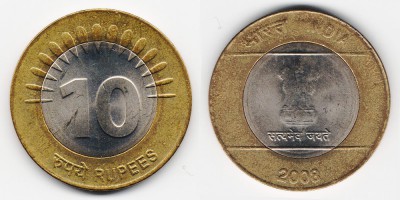 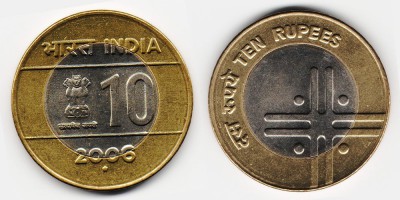 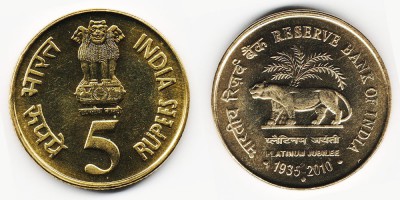 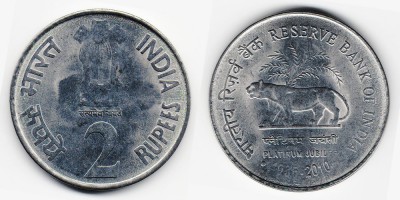 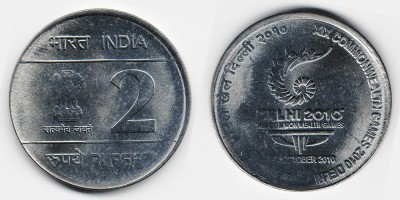