Country: Fiji, Republic Of Fiji
Capital: Suva
Currency: Fiji dollar
Numeric code: 242
Letter code: FJD
332 Islands of Fiji, in Oceania, belong to the Republic. Out of 18,274 square kilometers, constituting possession of the country, in fact only inhabited the third part. On Viti Levu, the largest island of the archipelago, placed the state capital, Suva. All have settled in the Fijian Islands 849 thousand. Since 1970, Fiji is an independent Republic.
The Fijian dollar, which equals one hundred cents is the currency of an independent country. Catalogue of coins of Fiji today consists of 1, 2, 5, 10, 50 cents and 1 dollar.
For the first time the dollar appeared on the Fiji Islands in 1867 – 1873. Then the price of coins Fiji was the equivalent price of$. Soon, however, the Islands took possession of England, and archipelago of nearly a hundred years of settled British pound.
Returned the dollar to Fiji again in 1969. 1 pound change to $ 2 – this was the exchange value of coins Fiji. Originally appeared 1, 2, 5, 10 and 20 cents. 50 cents joined mint ruler of the country in 1975, $ 1 in 1995. 1 and 2 cent stamp stopped.
Reverse all Fijian coins are absolutely identical: it depicts a profile of the British Queen. But the design on the obverse is quite interesting: on the coins there are things island culture, lifestyle and even sample the vegetation.
It is now possible to buy different coins of Fiji: colonial and post - independent period. 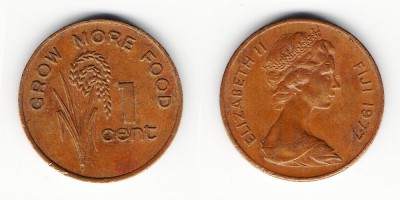 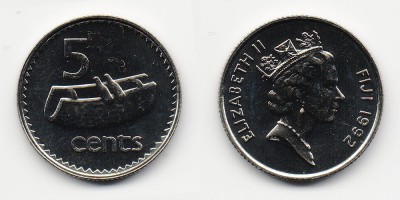 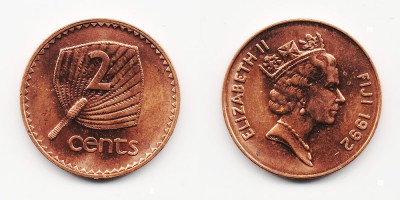 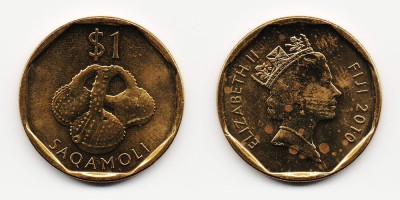 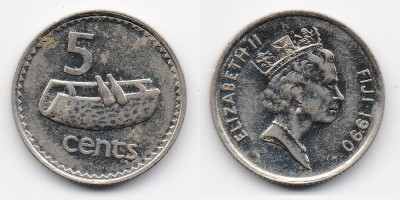 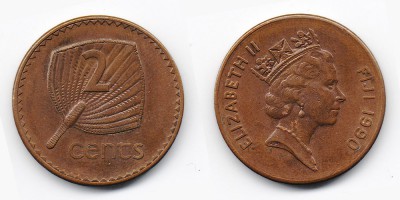 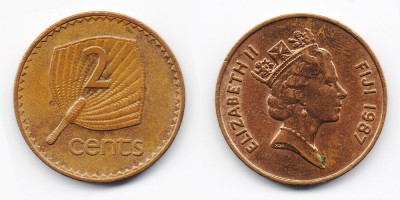 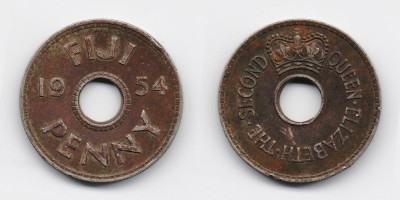