Country: Libya State Of Libya
Capital: Tripoli
Currency: Libyan Dinar
Numeric code: 434
Letter code: LYD
The Northern coast of Libya, the fourth largest African state, goes out to the waters of the Mediterranean basin. But living in the vast territories of not much more than six million people. The blame for this desert, which occupies a large area. The state historically (and, perhaps, geographically) is divided into three parts. Western Tripolitania (capital Tripoli), the Eastern Cyrenaica and the southern part of Fezzan. In the 60-ies of the last century in Libya started oil production, government revenues went up.
In 1951, the country celebrated their first independence day. The following year, the country has a new currency: the Libyan pound (until this in all three parts of the country were a variety of money). But in 1971, the Libyan pound was replaced by Dinar, consisting of one hundred dirhams. The price of the new coins of Libya was equivalent to the old banknotes.
The first coins in denominations of 1, 5, 10, 20, 50 and 100 dirham was opened by the catalogue of coins of Libya, 1975. They were decorated with coats of arms of the republics in the Arab Federation. In 1979, an armed man pushed the arms of the extinct Federation. Today, all the denominations minted then, meet in the calculations virtually impossible, except to buy these Libyan coins through the Internet. But coins 2004 in ½ and ¼ dinar used constantly.
It remains to add that the Libyan dinar is among the most stable and expensive currency. The cost of the Libyan coins and notes kept at the level of the world's leading currency. 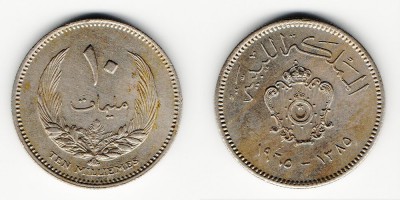 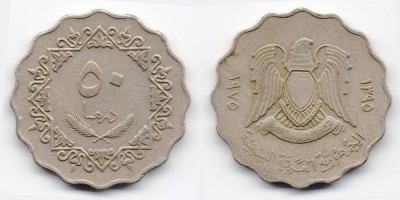 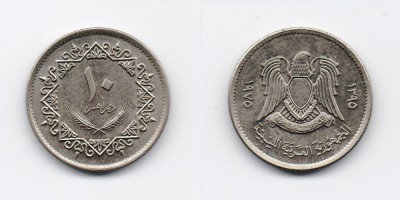 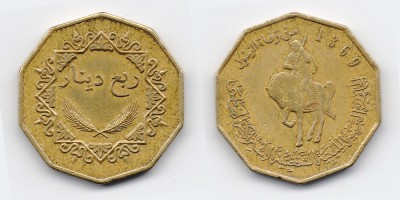